In this episode, Nate and Holly offer the keys to escaping financial bondage. As many Americans become slaves to debt, our hosts reveal how you can separate yourself from the herd’s mentality by paying yourself first and having your money work for you.

Listen in as Nate and Holly also touch on:

Financial freedom is what allows you to also have financial success.
Powered By the Tweet This Plugin

Tweet This
You’ve worked for that money. You should have something first versus giving that money to everybody else.
Powered By the Tweet This Plugin

There’s not much difference between being a slave to one master or many. That’s what most people are doing; they’re walking around in financial bondage.

If you can’t learn to live on less than you make, you’ll always have to work to earn your income instead of having your money work for you.
Powered By the Tweet This Plugin

So one of my keys is to budget around your savings. That’s what we mean when we say pay yourself first. And as Holly said, automatically move money, almost like a bill, that gets into a place you’re not going to just go and spend it.
Normally the people who spend and then save are working for the people who save and then spend. There’s a golden rule out there—we know the common one, but it’s also “Those who have the gold make the rules.”

It’s freeing to pay yourself first, live on less than you make, and build a pool of money to work with so you aren’t in bondage to anybody..
Powered By the Tweet This Plugin

It doesn’t take that much time to sit down in your life on a daily basis and say what can I cut out that is a need versus a want? Or what am I paying for that I’m not using? Such as cable TV or gym memberships. There’s all kinds of things out there that we pay for that we don’t necessarily need.

Once you buy with a mutual company, a life insurance policy, you’re a shareholder. So that money has value; that policy has value..
Powered By the Tweet This Plugin

Bankers in Wall Street have all your money; you go into debt and pay them interest. They’ve put you into bondage..
Powered By the Tweet This Plugin

Without paying yourself first and living on less than you make, if you spend every dollar, you’ll never be financially free.

The herd’s mentality is to spend and spend and hope there’s money left over at the end of the month. They’re saving around their budget.
Powered By the Tweet This Plugin

Tweet This
They want to spend first and save second. And I can promise you, if that’s you, that’s an issue.
Powered By the Tweet This Plugin 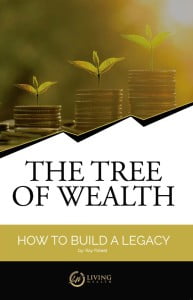 Start your journey to financial freedom with this first step.

Get our 122 page eBook The Tree of Wealth here now. 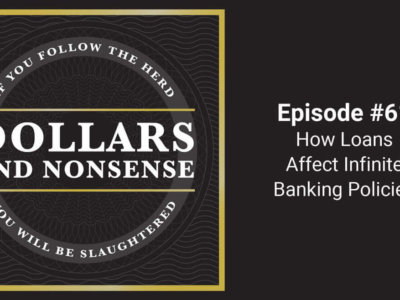 by Dollars and NonsenseFebruary 4, 20190 comments

E61: How to Keep Money in Motion and Make More 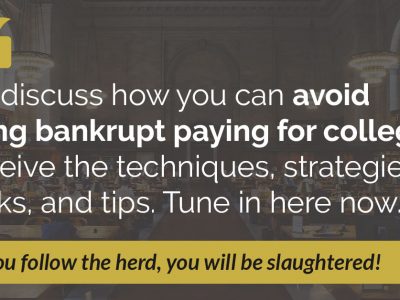 E45: How to Avoid Going Broke Paying For College 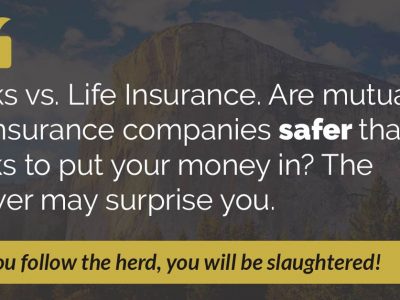 by Dollars and NonsenseSeptember 13, 20170 comments

E25: This is Why One is More Safe: Banks vs. Insurance 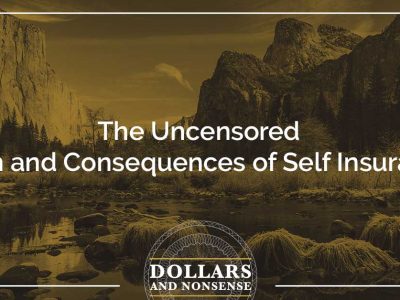 by Dollars and NonsenseJanuary 18, 20210 comments

E110: The Uncensored Truth and Consequences of Self Insurance

E6: Don’t be Deceived by Rate of ReturnPrevious Post
E8: How to Get Out of DebtNext Post